Recently I’ve become more and more in love with Storybook style homes.  As y’all know, I love historic styles, and I’ve designed and built a few American historic style homes for clients.  But, during a recent trip to England, I was totally re-inspired by the charm of rural cottages, medieval buildings, castles, cathedrals and country estates.  The Storybook Style that swept the US in the 1920’s and 30’s conjures up all of these, and mixes the quaint, quirky, whimsy and magic together.  Also called Fairytale, Disneyesque, Hansel & Gretel, the style is an eclectic mix of Medieval fortifications, french farmhouses, English peasant cottages and even middle eastern temples. So much of my favorite things!

Do you love Storybook style?  Do you want to have some Storybook Style in your home? Book an appointment now. Online or In person Service.

In the 1920’s, after soldiers returned from the war in Europe, and the film industry exploded, people became fascinated with charming and exotic architecture, and the Storybook style became a thing. Starting in Hollywoodland, built by skilled set builders, for eccentric wealthy clients, the style soon spread to San Francisco, and up the Pacific Northwest, and by the 1930’s was all across the US.

Storybook style homes share many characteristics with their contemporaries, the period revivals, but Storybooks are exaggerated and joyful, and not meant to be taken so seriously.  The idea behind the style draws on a wistfulness for the past and vernacular European styles. Storybooks incorporate an eclectic variety of styles for effect, along with a flare for theater, love of fine craftsmanship, and sense of humor.  The houses are typically quaint and a bit smaller, but so totally full of personality.

Style Influences, could be mixed

I love how this house is totally nestled into the trees, like it’s part of the forest.  The wonky and uneven exposed framing feels old and hand made.

There are even some examples right here in Dallas. This one built by Charles Dilbek in 1934.

How to Decorate for a Storybook Look – Coming soon!

Styles that work with a storybook home, or that give you a storybook look in your home:  Vintage Charm, Cottage Whimsy, Global Eclectic, Curated Boho, French Country, English Country

Storybook style homes have a long tradition. The movement really started in Europe in the 1700’s, and was called Picturesque Style. It was an emotional, nostalgic return to the past, in reaction to the very academic Classical Revival, and the beginnings of the industrial age.  Of course, by American standard these European buildings are considered old and authentic, but in Europe it was all revival.

In France, Marie Antoinette built a mock medieval French Hameau on the grounds of Versailles in 1783. She would dress up, and pretend to be a milkmaid to escape her oppressive court life. 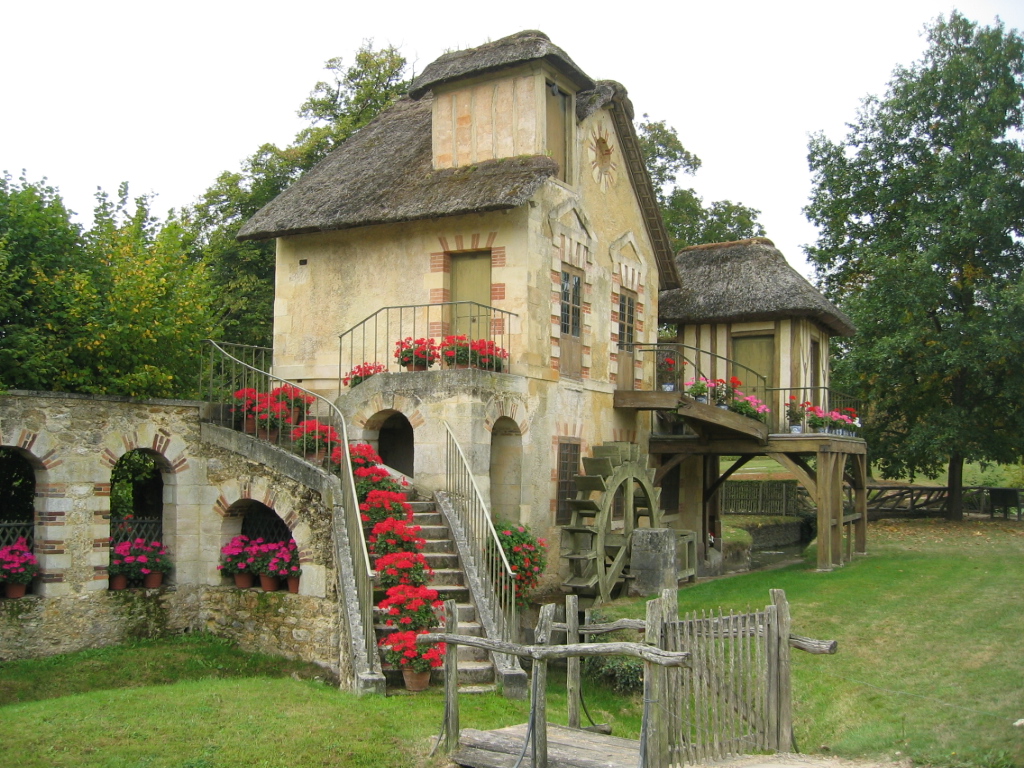 In Britain, architects were building reproduction castles, mock ruins and medieval style cottages with thatched roofs. Even Windsor Castle is a mock-medieval mansion.  The “medieval” castle we see today is actually a remodel done in 1823. Who knew??

In Germany, the king of Bavaria built the most famous “fake castle” Neuschwanstein, in 1882, which, ironically, has become the ideal image of a what a real castle should look like. Disney even modeled Sleeping Beauty’s Castle after it. 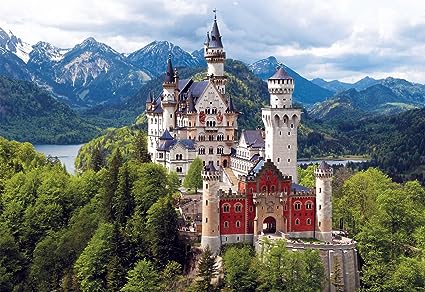 The late 1800’s brought about The Arts & Crafts Movement in England, Art Nouveau in Belgium and France, and the height of the Victorian era styles in America. In the early 1900’s Craftsman style bungalows were all the rage.

Meanwhile in Los Angeles, the film industry was really gearing up.  Hollywood began to attract all sorts of creative people, and the studios prospered. Demand for homes grew and they needed to reflect the flamboyant and creative nature of the industry. The popular films of the time were all set in exotic far off places, with sets built by highly skilled artisans, which was total inspiration for architects and home builders.

Famous film producer Harry Oliver built the Spaneda House in 1921 as his office and dressing room for his studio.

By the late 20’s the style spread across the states. The Great Depression brought a new level of escapism, and people were even more enamored with exotic and European styles. 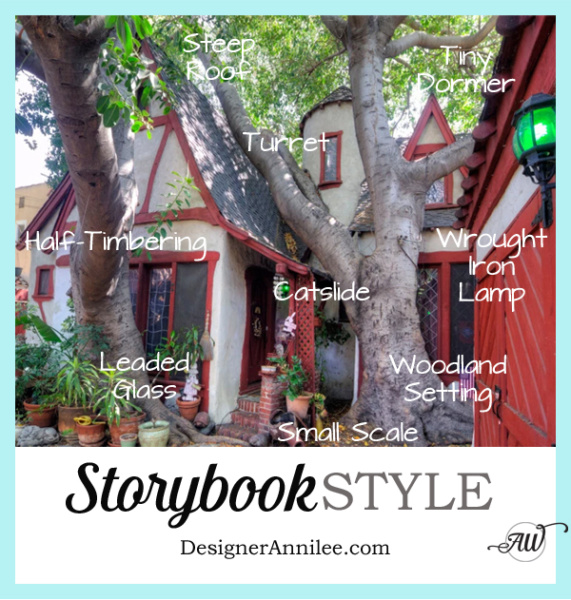